This time it’ll be in English!
Started quite early in the morning sailing from Solta to Vis. I was rather anxious, because the boat’s movement during the night had been quite vividly, and I knew that I could be nauseous the first days of our voyage. We had a very simple breakfast, and soon I had to lie down to avoid throwing up. At first we had about 20 knots of wind, but very soon it went down to the half. Finally we lowered the sails, and turned the engine on. We motored the rest og the way to Vis.

Vis is a military island, and was opened for tourism in 1994. The former dictator, Tito, had his military base here, and it carries traces from times of wars. It's also known for their many good, organic wines. Due to their location, they have varieties of seafood and dishes including lamb.

As we approached the harbour of Vis, they made clear that we had to go to Kut instead. They were renovating the quay. We were placed right in front of the new toaletries, and were surrounded by similar sailing-boats as our own.

We rented a car, and drove around the island. Had a quiet lunch on a small farm, and continued to a small, sleepy village on the southern part of Vis. This is not as touristy as Kut and Vis. From this place, Komiza, it's possible to visit a beautiful blue cave in the middle of the day. We didn't do it this time. We’ve been there several times already.

In the evening, we strolled through Kut to see it's beauty. We had supper in a fish restaurant, eating fish-risotto and cuttlefish. 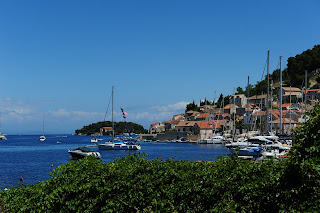 The view of Kut at Vis 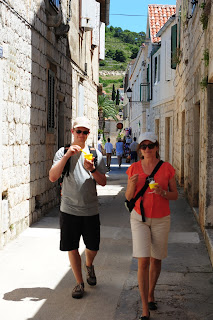 The crew enjoing icecream in the streets in Kut 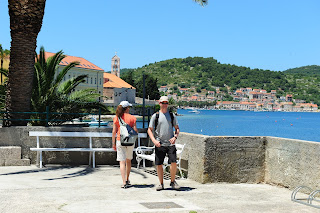 View towards Vis harbour at Vis 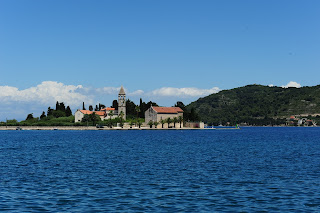 One of the local churches in Vis 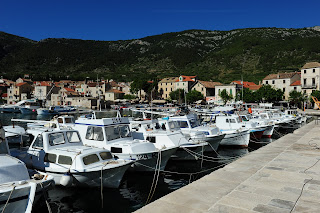 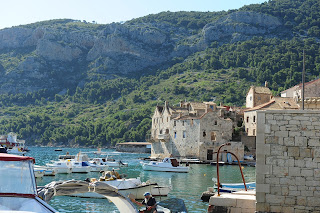 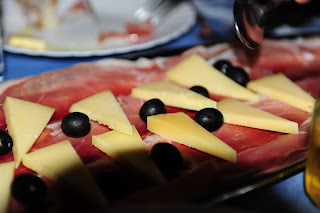 Cheese, ham, olives and bread served at one of the local Konoba inland on the island Vis.